In this ongoing week, the virtual or cryptocurrency market is experiencing a historic meltdown or pathetic breakdown. Bitcoin was trading at $28,031.48 at the time of posting its value, much below the threshold of $30,000. Even Ethereum which is presently trading at $1,937.85 on worldwide markets has had a difficult week. According toCointiko data, the largest loser among all cryptocurrencies looks to be Terra Luna which fell almost 85 percent on May 11. The cause for this is the Terra USD stable coin’s de-pegging. The key drivers of the recent negative oscillations in the crypto markets, according to the morning report of the CoinDCX Research Team, were a mix of poor macroeconomic sentiment and the meltdown of Terra (LUNA). Terra is a blockchain technology protocol that powers price-stable global payment networks with fiat-pegged stable coins. It offers rapid and economical settlements while combining the market stability and widespread use of fiat money with Bitcoin.

According to Cointiko, the price of LUNA was $0.3, On May 10, the cryptocurrency fell by 55 percent, then by another 85 % on Wednesday. LUNA investors have lost 95 % of their capital in the last few days. The price of LUNA is presently roughly 97 percent lower than its all-time high of $118 set in April. The stable coin terraced has lost more than 95% of its value in the last five days, while its twin token TerraLuna has lost more than 95%. The consequences of the drop in these coins on the wider crypto market are examined by Cointiko. Terra’s total market capitalization has fallen below $2.75 billion, rendering it the 34th most valuable cryptocurrency. It was the ninth-largest crypto coin with a stock value of almost $25 billion during its heyday.

The recent occurrence of UST breaking its dollar peg, according to Jennifer Lu, Cofounder of Coin Store, has sent shockwaves through the crypto market, exposing the vulnerability of algorithm-backed stable coins.

Reason Behind the Terra Luna Crash

The crisis began when Terra’s algorithmic-based Stable coins Terra USD, which are anchored to the dollar, began to decrease in value. Binance even temporarily halted withdrawals of UST and LUNA, causing a cascade effect in the prices of both cryptocurrencies.

The present fiasco has brought to light the flaws in algorithmic-based stable coins. Terra’s decline could be attributable to large-scale selloffs of LUNA tokens as a result of algorithmic stable coin purported “de-peg.” “With the market already in a largely negative mindset, this selloff may have gotten aggravated.

There is an inherent risk involved with it, and investors should not condemn the venture founders or perhaps the industry as a whole because of the natural risk of these types of ventures, which should be acknowledged sooner, he said. Not only Terra, but other big crypto tokens such as Bitcoin and Ethereum both plummeted by 4%. Shiba Inu, like other cryptocurrencies like BNB, Solana, Cardano, XRP, and Dogecoin, has seen a 10% drop.

According to the latest estimates, the team in charge of UST and LUNA will need to plan ahead to protect the $UST peg’s stability in present macro market conditions. The organization has also indicated some ideas for rehabilitation. Experimental algorithmic safe coins are really risky and volatile, and it is expected that looking for a decent algorithmic stable currency would take a lot of time. Such programmable currency should be possible over time, which is the ultimate purpose of decentralized finance. 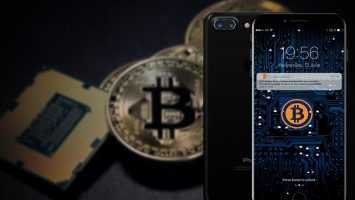